The Story of Reb Greenberg or How To Copyright a Joke

This is usually only an issue for comedic script writers I suppose. But for Christmases and birthdays I often give a present of a joke, and these then get told and re-appear ascribed to "anonymous" or "everyone knows that one." Here is one shaggy dog story that I want to copyright. It is considerably shortened: the original has a whole sub plot revealing how Greenberg was betrayed, and Goldberg's question about whether or not  he had worked Saturday shifts ( no - he watched football.) You , the teller may spin the story out indefinitely.  That is the point of a shaggy dog story.  It is the punch line that is copyrighted.

The Story of Reb Greenberg

Greenberg was of the Hasidim; he was a Talmudic scholar and teacher of some eminence living quietly among his sect in Brooklyn. One day he had a de-conversion experience and threw over his old life to find himself anew. He went to West Virginia on an impulse and found work in a coal mine. He liked his new life and felt closer to God in the mine and the mountains than he had in the synagogue and the schule. But back in Brooklyn the Hasidic sect he had abandoned was in a moral and intellectual crisis. Their whole scholarly and hence sacred future rested on a crucial interpretation of a difficult text, a text which only Reb Greenberg could handle it was of such special delicacy and complexity.

The rabbis got together and appointed one of their sect, Goldberg by name, to look for the lost scholar. Driving west and following clues like a detective, Goldberg eventually found his man in a little WV mining town where he was living quite happily mining coal and watching football. But Greenberg was in fact glad to see Goldberg his colleague and old friend, and after much discussion agreed to return briefly to Brooklyn just to clear up the matter of the problematical text. So they set off east towards New York.

As they crossed the boundary into New York State there was a screaming of sirens and a flashing of lights and they were pulled over by several police cars.

The officers, polite but unfriendly, demanded ID and then told Goldberg to step out of the car and slapped the cuffs on him. "What have I done?" Asked the bewildered Goldberg. "You're in big trouble," said the cop. "We got a tip about you. We know exactly what you're up to."

"But what is that? This is so meshuga! What can I possibly be doing that is so against the law?"

"Is that guy in the car Greenberg, the scholar of the Talmud you found working in a coal mine and are taking to Brooklyn to work on your texts?"

"Then you are charged with transporting a miner across state boundaries for textual purposes." 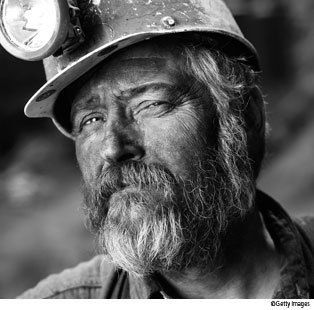 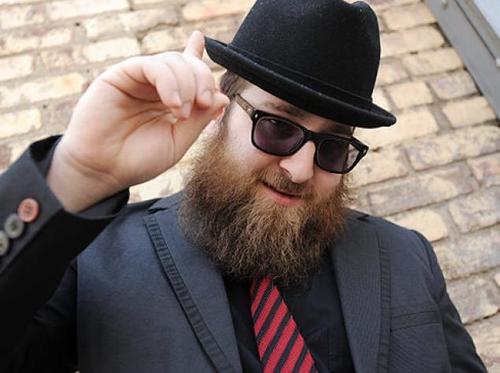