A boy should not keep secrets from his mother, nor tell her lies; but once he does, a marvelous new world of possibilities opens up.

No shop girl could resist a dancing curate.

For all its datedness, is there a better summary of human decency and integrity than Kipling’s “If”?

What things fill a boy’s mind with wonder? Those things that are absolutely strange, yet which he knows were always somehow part of him.

His shallow voracity for facts, his flashy but undoubtedly effective talent for assembling them in readable prose, these were the very things that “journalism” was about.

Hamlet didn’t kill Claudius right away because then he would have missed a terrific chance to torment his mother.

[Hamlet] is a play about a play-actor who spins out the yarn for his own narcissistic fascination.

Youth is wonderful at whatever age it kicks in.

If he [God] was looking out for the universe … then did it make sense to think he cared at all about what we did with our neighbors’ fences, or whether we gathered firewood on Saturdays, put pictures in our churches, or cut the ends of our willies off?

The whole point of marriage, they earnestly explained, was that with a wife you could do whatever you liked as much as you liked whenever you wanted. What a dismal surprise these little lechers were in for.

The State as Metaphysical Absolute versus the State as the Greatest Good of the Greatest Number, was a lot more fun than the finer points of public housing policy and the devaluation of the pound.

It’s the still waters that run deep; he was a shallow babbling rivulet.

Renunciation – of something – was perhaps a necessary rite of passage.

[In the USA in the fifties] There was skin-deep confidence and subcutaneous angst.

You couldn’t imagine the Christian Scientists burning anyone at the stake.

When it comes to parting anxious sinners from their money, the older religions had nothing to teach the talking cure.

On American football: It comprised brief episodes of violent activity interrupted by what looked like prayer meetings.

They [anthropologists] then assigned to Culture powers that ambitious theologians would have been embarrassed to attribute to God.

What was it about mathematics that required it to be taught at dawn?

The men had sharp-edged personalities and soundproof imaginations.

It didn’t matter much what the content of the initiation was – it could be genital mutilation or construing dead languages; what mattered was that the pain was inflicted and the boys understood who was boss.

This was the England of the late fifties, a negative age in which the forties had not died, and the sixties had yet to be born.

It [Cornwall and Devon] was England’s southwest corner and, like California in the USA, all the kooky stuff seemed to slide down there.

He had professionally to accept what he had personally never believed: that in some things the group trumped the individual.

Some smells have the ability to arouse us as profoundly as the taste of Proust’s madeleine: burning pinyon in the New Mexican desert, and burning peat on the Donegal coast are olfactory wellsprings for him.

The gross impersonality of the ocean, which created and destroyed life without judgement or even interest, seemed to represent Nature herself in her unconcern for either herself or her children. From her we came and unto her we must return, and there is no one there to care one way or the other.

All of them had that tantalizing mix of learning and madness that at once endears the Irish to foreigners and leaves the serious visitor in a state of subtle bafflement.

[In Ireland] No one revels in the death of a young person, but when an old one dies, having lived a good and full life, you do not mourn the death, you celebrate the taking on of eternal life and rest.

We don’t like the unknown; that is one reason we invent religion and grammarians.

As we (the species) were crossing the human-animal frontier, we did not check in our animal badge and gun at the border: we brought an enormous animal baggage with us.

Society was older than man; we did not invent it, we inherited it.

A mother-child unit could never be an anomaly, and certainly not an immorality.

“History” was reduced to a couple of flickering frames at the end of an hour-long film. It was an experiment whose result was in doubt.

Whatever the Yanks did would be initially disparaged, then imitated a decade later.

Those who actively seek office are the  last people who should be entrusted with it.

Egos are always bigger than issues.

There was no more male-initiated fiddling with condoms; girls slipped out of their clothes and into sex like otters into the river.

He tried to be generous: to temper justice with mercy, and mercy with common sense.

As with the Kennedys, the best way to get to the top was to start there.

Things may be established by the evolutionary process, but whether that made them unmovable by human imagination and intelligence was an open question.

[Milton] Eisenhower asked him if he thought taking guns away from people would reduce violence. No, he said, but it might mean fewer people getting shot.

These [Unitarians] were people who had essentially lost their Christian faith, but still needed something earnest to do on Sunday mornings.

The Sisterhood was fragile when it came to sexual competition.

There was much rumbling about “genetic determinism” even though no one talked much of genes: nor was there much to say except that you had to end up there because there was no other known way to make an organism.

He used to ask them [feminists] if they practiced safe gender.

The truly devious have to be adept at self-delusion.

California was seductive. Ready at any minute to slide into the Pacific Ocean, and so living constantly on the edge, it was a kind of fantasyland that had been put together by shipwrecked Americans who tried to recreate what they remembered of their culture.

Faced with questions like, “Would you approve of a woman president?” he replied that he’d rather have a president who was pregnant some of the time, than one who was impotent all of the time.

Scoundrels are the last refuge of patriotism.

Fanaticism has its own agenda, independent of the cause to which it attaches itself.

How the peripherals love to see the dominant male fall, and how they then panic and want another right away to replace him.

Leonard Cohen ran like a river through the valley of the shadow of their lives.

Perhaps, life expectancy having almost doubled, divorce was just a way of reminding the couple that one of them should be dead?

Divorce is the price of consciousness, and he was about to pay it again.

Women are Utilitarians; men are Kantians… A man asks of an action “Is it right?” and judges accordingly. A woman asks “What harm does it do?” and judges likewise.

The genius of social class as a system of domination is its elevation of difference into worth.

We cannot put the clock back. No. But we can learn to tell the time better.

He saw only the power hunger of the few, the gullibility of the many, and the xenophobia of all.

But this meant that men came to operate not in terms of raw nature, but in terms of their ideas and illusions about nature.

To have any kind of an identity crisis you must first have an identity.

He was a stranger wherever he went, not least in the country of his birth.

You struggle and strive, you dance and skate, there are a few pleasant sensations here and there, and then you die.

While all other social movements are open to analysis, your own is exempt.

We are chimps with existential questions.

A civilization has to initiate its young successfully, or it will fall away from the inside.

With hypocrites there is always the possibility of negotiation; the virtuous are implacable.

Clarion calls to moderation do not get people to the barricades.

There was no stopping, as they often said, the march of progress, even if illusion-riddled humanity was only crawling to another place on the flypaper of history.

The virtues of the questing mind
Are not as they are billed
For in the country of the blind
The one-eyed man is killed.

The democratic roundabout
Makes sure the people never win,
For if they throw the rascals out
They put the other rascals in. 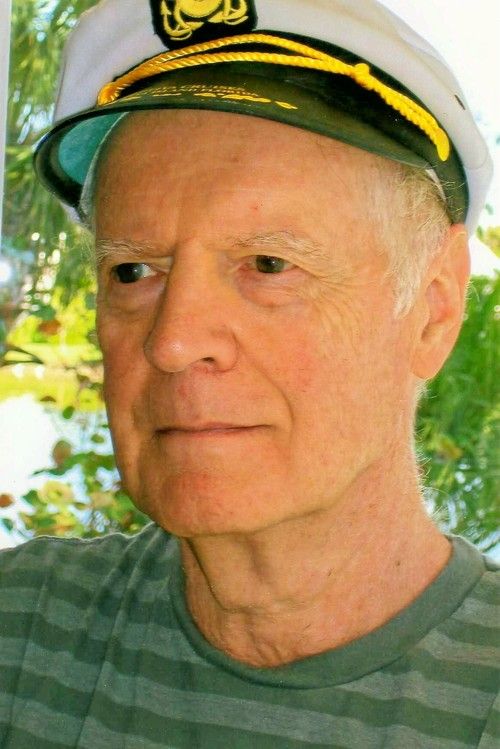