Stop: 20 (or with permission). No specific prerequisites.

This syllabus is preliminary and tentative; its final shape will depend on the enrollment. In a small group we can concentrate on individual research projects; a larger group will mean more by way of lectures. In either case student participation will be important. There will be guest lecturers, and visual materials will be freely used. As many readings as possible will be put on the web, but library research will be essential.

We shall study the traditional social organization of the tribes north of Mexico. Special concentration will be on the Southwest and the Northeast. Special attention will be given to matrilineal kinship (descent traced through females) and its related customs such as patterns of residence, avoidance and joking; to clans, phratries, moieties, the role of women and berdaches (transexuals.) We shall direct some attention to tribal government and warfare. We shall look at some classical topics in the study of ritual and belief: shamans, kachina cults, medicine societies, sand painting, visions, guardian spirits, Potlatch, Trickster, witchcraft, Sun Dance, peyote, etc. As a way in to the course we shall all read through the instructor’s account of his own involvement with the Indians of the Southwest, which raises most of the important questions.

American anthropology originated and developed out of the attempt to understand the origins, culture and society of the Native Americans, and this course will enable students to look closely at some of the great classic works and appreciate their role in the growth of the discipline. The Alexander Library is a Government Depository Library and has, e.g., a complete set of the Reports and Bulletins of the Bureau of American Ethnology, which contain some of the most valuable accounts written on Native American culture.

There is no textbook as such. They are not very good and ridiculously expensive. The older texts are in fact the best, but largely out of print, e.g. Clark Wissler, The American Indian, or Harold E. Driver, Indians of North America. We shall read across a variety of sources. Details will be given in class. Where possible material will be put on a web site for easy and universal access. On social organization we shall use chapters from Fred Eggan ed. The Social Anthropology of the North American Tribes and from his The Social Organization of the Western Pueblos. (Used copies are sometimes available on Amazon for those interested.)

You should buy Ruth Benedict’s Patterns of Culture for its chapters on Zuni and Kwakiutl, and Robin Fox Encounter with Anthropology, since several of its chapters will be used. (Any royalties will be donated to department funds.) Students should learn to consult The Handbook of North American Indians, which has volumes on each of the cultural areas. Other suggestions will be added later. The readings given here are suggestive – to give you an idea of the kind of sources. Weekly readings will be selective and reasonable in length.

The Southwest : Read parts of Robin Fox Participant Observer on the Pueblos and Navahos. Also parts of The Keresan Bridge. These chapters give an account of the Southwestern Indians (particularly the Pueblo of Cochiti NM) in the 1950s when much of their traditional society (matrilineal clans, moieties, medicine societies, masked dances etc.) was still intact. “Pueblo Baseball: A New Use for Old Witchcraft” inEncounter with Anthropology.

Kinship and Marriage. Read chapters on this in Robin Fox Encounter with Anthropology (to provide a background for discussion of N. American examples.) Students who have read Fox Kinship and Marriage, will be assigned to help those who have not. Those without this background need not panic. We shall go in easy stages and no child will be left behind. Once the basics are grasped we can pursue the intellectual puzzles of “Crow-Omaha Systems” etc. with confidence.

The Southwest 2: Western Pueblos. Hopi and Zuni, Acoma and Laguna. Ruth Benedict Patterns of Culture, chapter on Zuni. Frank WatersThe Book of the Hopi (selections); selections from Fred Eggan The Social Organization of the Western Pueblos. Frank Hamilton Cushing,Zuni: Selected Writings. “The Evolution of Kinship Systems and the Crow-Omaha Question” in Robin Fox, The Challenge of Anthropology.

The Northwest Coast. Chapter on Kwakiutl in Benedict, Patterns. Readings from the voluminous works of Franz Boas, e.g . The Social Organization and Secret Societies of the Kwakiutl Indians. Philip Drucker, Indians of the Northwest Coast. On the Potlatch: Helen CodereFighting with Property (critique of Benedict.) Video.

Northeast 2: Dr. David Oestreicher (with slide presentation) on the local Delaware (Lenapi) including a discussion of the Walum Olum – purported to be a written account of Delaware migrations, but in fact a hoax. (Reading to come.)

Southeast: Cherokee, Calusa. Video “The Domain of the Calusa.” D. MacMahon and W. H. Marquardt The Calusa and their Legacy. Fox “The Origins of Social Complexity.” On Cherokee kinship, chapter in Eggan, Soc. Anth.. of N.A. Tribes. Charles Hudson, Indians of the Southeast.

Anasazi: Chaco Canyon and the Anasazi civilization. Chapter on Anasazi in Jared Diamond, Collapse: Why Societies Choose to Fail or Succeed. Film: The Mystery of Chaco Canyon, (Ethnoastronomy.) Readings on Chaco from various sources. e.g. Kendrick Frazier, The Peoples of Chaco.

Ritual and Belief: Fox, “North American Indian Religion” – “Witches, Clans and Curing” in Encounter with Anthropology. Radin, The Trickster. Benedict, The Concept of the Guardian Spirit in North America. Various other reading.

This is very provisional. I might collapse e.g. session 6 into the introduction, and include a session on N. A. Indian languages including a look at the types of languages, language families and their relations, language and Indian origins, language and genetics, Greenberg’s “three wave” theory etc. Plus Benjamin Lee Whorf on Hopi verbs and their picture of reality, together with Malotki’s Hopi Verbs: a critique by a Hopi! (Kluckhohn on Navaho) etc.

Requirements. Class participation and presentations will be counted towards the grade. Depending on the class size and composition I will decide on term paper or examination, or some combination. If there is an exam it will be (four?) essays chosen from a range of questions. A term paper would be a careful examination and description of one of the great classic accounts: e.g. Kroeber, Zuni Kin and Clan; Dorsey,Siouan Sociology; Bunzel, Zuni Ceremonialism; Waters, The Hopi Snake Dance; Titiev, Old Oraibi, etc.K 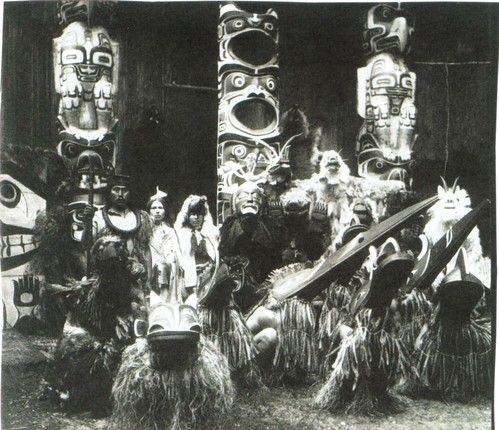 Notes on Films and Readings


The following notes were originally for me so that I could point out to students the main items to look for and note in the readings and especially the film clips.  Eventually I copied them and handed them out at the students' request.  This is all part of showing how a course was organized and presented.
Items to watch for in film “The Northwest”


Skip: Explosion of Mt. Mazamah circa 6,700 BC)
Preserved in oral history


Items to note in pages on Cochiti Pueblo NM (from Fox: Participant Observer) 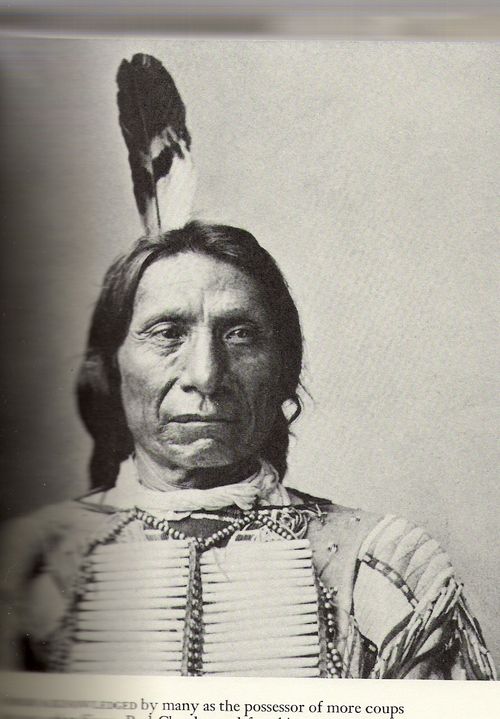 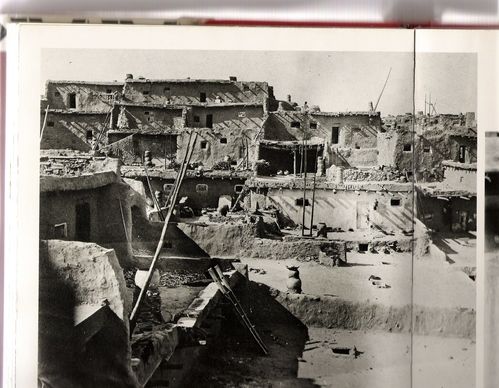 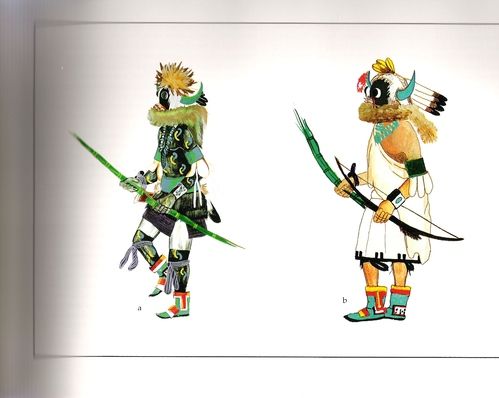